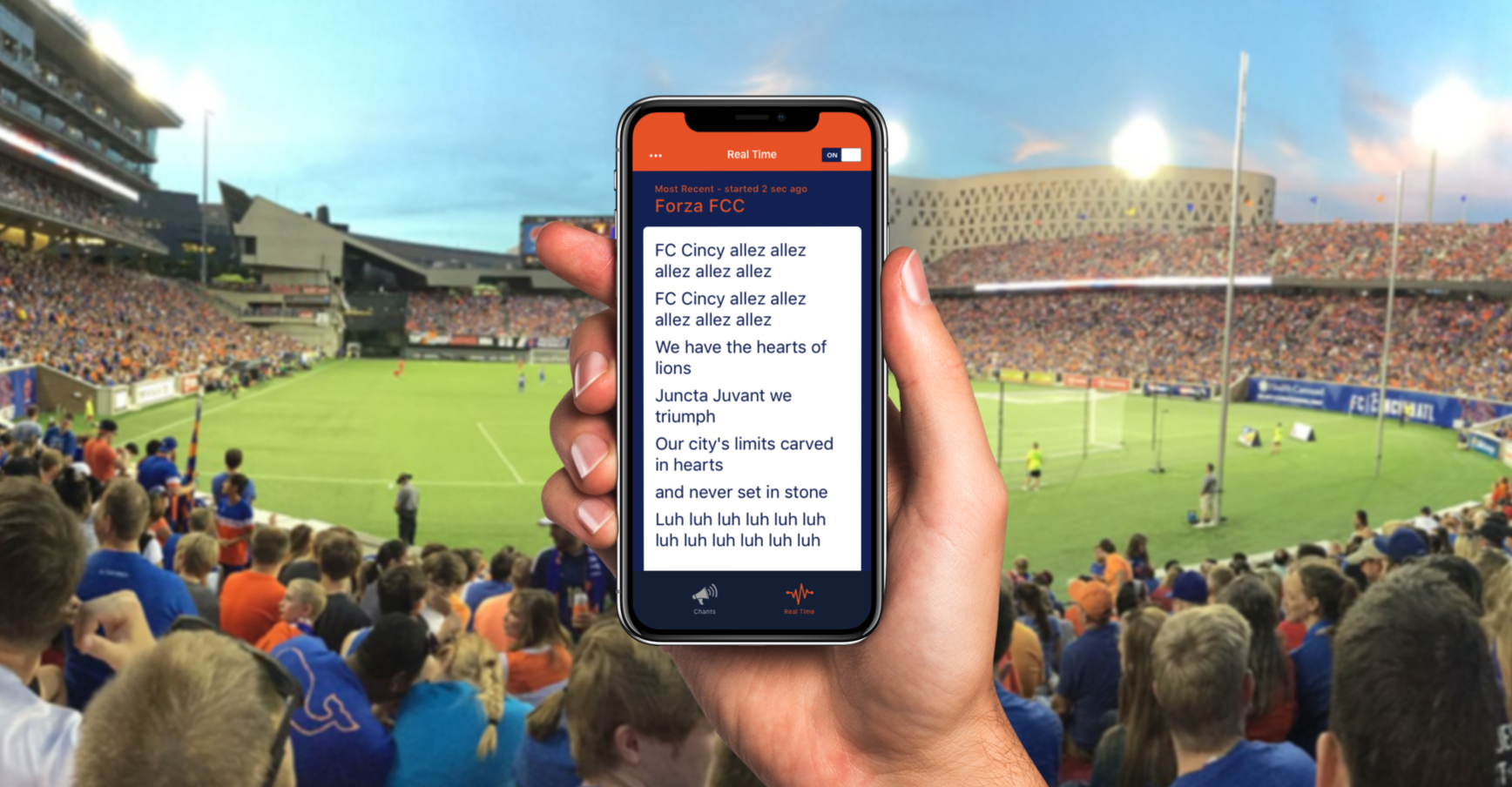 Learn the Chants & Support the Club

This app is made possible through the support of supporter groups The Pride, Die Innenstadt, The Briogáid, and Queen City War Pigs as well as the beta testing prowess of FCCincy Discord

Cincy Chants is a project of Jerod Fritz of Centogram and George Murray of AUGUR Design. We wanted to make something to help ourselves and others learn the chants of the bailey and join in the fun of supporting our club during matches.